“We have received feedback from those with close links to HIV/AIDS patients, that some HIV positive persons deliberately spread the disease as a form of revenge on society.” Dr Balaji Sadasivan, Senior Minister of State for Information, Communications and The Arts, and Health, 4th Singapore AIDS conference 2004.

You would think that being diagnosed with a horrible disease that your instinct would be to protect other people from the same fate. So often you see people who are affected with a devastating disease or who have lost a family member to that disease, supporting campaigns to find a cure, or educate others to avoid it. But with AIDS we see a nastier side to humanity, those who feel cheated by life, used by those who infected them. Who either ignore the risk to others or continue with their promiscuous lifestyle uncaring of who they infect, or worse, who deliberately infect others in order to get their own back, or share their pain.

If cancer was infectious would we see the same pattern, cancer patients infecting others to share the misery or is it to do with the social stigma? If AIDS was not linked to prostitution and homosexuality would we see the same reaction? Is it a person already stigmatised for their lifestyle lashing out at the world for this new indignity?

Then there is a new trend in the USA known as bug seeking, where young homeless men are intentionally contracting the disease in order to receive assistance from the state.

Gaétan Dugas, a Canadian flight attendant is rightly or wrongly credited with spreading the HIV virus through the gay community of the USA, at a rate estimated at 250 partners a year and linking the AIDS epidemic in the USA forever with homosexuality. Sources vary as to whether Gaétan spread the virus knowingly or not. Hans-Otto Schiemann, a German man living in Thailand, allegedly offered young women large sums of money to sleep with him despite being HIV positive. According to The Age (October 13, 2004) between 400-500 girls were at risk of infection from his actions from when he was first diagnosed in 2001 to being jailed in 2004.

David Mannum in the USA was jailed in 2013 for deliberately infecting up to 300 people. According to CBS New (September 5, 2013) he did not disclose his HIV status due to fear of rejection. 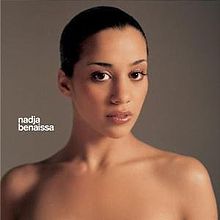 It is not just men, German pop star Nadja Benaissa was convicted in 2010 of infecting her partner with HIV. English hairdresser Sarah Jane Porter was jailed in 2006 for having unprotected sex with multiple partners following her HIV diagnosis. While it is harder for men to contract the virus than women during sexual intercourse it is still a high risk to take.

Few cases however get darker than that reported in the New York Times (January 9, 1999) of Brian Stewart, who in 1992 infected his 11 month old son with contaminated blood when the boy was recovering in hospital following an asthma attack. The reason behind the attack was that he did not want to pay child support. In 1999 he was sentenced to life in prison.

Rumours abound of men and women who recklessly and deliberately spread the HIV to multiple partners, but the cases of HIV sociopaths are rare. More often they are terrified and unable to face the truth about their condition. They do not tell others for fear of being rejected. Unfortunately, it is not a problem that goes away if ignored and many people can be hurt from non-disclosure.

In some countries, it is against the law to transmit the disease to another once you know you are HIV positive. Other countries use existing laws to prosecute those who deliberately infect others. In Singapore, the law is very clear. “It is an offence for persons who know that they are infected with HIV not to inform their sex partners of their HIV status before sexual intercourse,” under the Infectious Disease Act. There have been no cases of large-scale deliberate infections with HIV in Singapore. The first conviction under the act was in 2008 and since then there have been two more. None passed the disease to more than two people.

Most people are honest and will do the right things. Those who are out to deliberately infect people are looking for the act themselves. Beware one night stands. Get to know the person before you get into bed and ask the hard questions. Not asking can be much harder in the end.