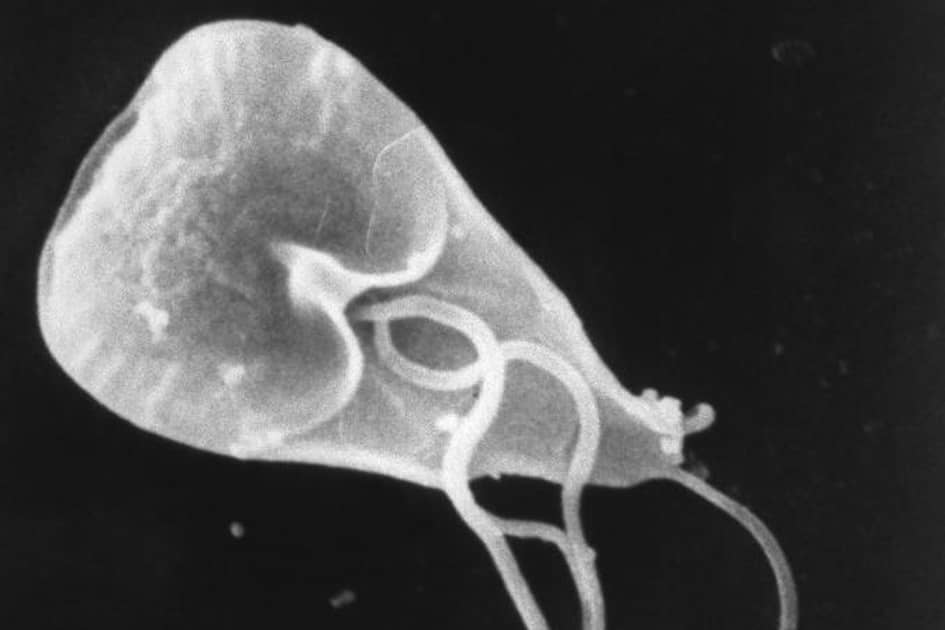 STDs are usually associated with syphilis, gonorrhea, HIV or HPV. However, over the last few years, Giardiasis has been recognized as a STI. Essentially, Giardiasis is a diarrheal disease caused by a parasite called Giardia duodenalis. This microscopic parasite is often discovered on surfaces or in soil, food or water tainted with infected people’s feces. A person who is infected has this parasite inhabiting their intestines and Giardia is passed down in stool. Even after exiting the body, Giardia continues to survive for weeks or months. In the scope of STDs, a person can contract this disease through oral-anal sex. This parasite can be found all over the world, but has a tendency to become a more serious problem in countries where sanitation and cleanliness are poor.

A person can be infected with Giardiasis through swallowing the parasite. This disease spreads through food, water or surfaces contaminated with Giardia. One interesting fact about Giardia is that even though a parasite usually needs a host to survive, its shell allows it to carry on for a considerable amount of time (sometimes months).

One of the common ways the parasite enters a person’s body is through consuming untreated water. Below are the ways Giardiasis can spread:

Who can get Giardiasis?

Every person can be infected with this disease, but the ones who are at a greater risk include:

Once the parasite enters the body, it lives in the small intestine. Giardia may or may not make the stomach hurt. Not every person infected with this parasite gets sick. Sometimes, similar to suffering from other STDs, there are no symptoms. However, these people can still spread the parasite to others.

The visible symptoms of Giardiasis usually involve the digestive system, two of the most common being stomach cramps and diarrhea. Symptoms may range from mild to severe. Other symptoms include:

How Giardiasis is diagnosed

Giardiasis is diagnosed by observing the stool sample of an allegedly infected person. Healthcare professionals may ask a person to submit a sample of their stool to check for parasites. However, there is also a chance that the parasite may not be detected. Therefore, more stool samples might be required to be certain.

If a person’s symptoms are extreme, healthcare providers may observe their intestines utilizing a thin tube (upper endoscopy). In some cases, they may take a sample of a person’s intestine contents to check for parasites.

How Giardiasis is treated

Several cases of Giardiasis might clear up on their own and people might not require medications, but if the symptoms are bad, your doctor may prescribe you antibiotics with parasite-killing properties. Some well-known medications for Giardia include Metronidazole, Tinidazole, and Nitazoxanide. It is imperative that people suffering from severe symptoms take the medicines as prescribed. If they do not finish the required amounts, they may need a second dose of antibiotics because the infections may not clear up completely. Dehydration is widely experienced by infants and pregnant women. In order to avoid dehydration, they need to consume a lot of fluids. Infants, in particular, have to be watched at all times and be fed fluids because for them, dehydration can be life-threatening.

How to prevent Giardiasis

Giardia parasites are an unseen enemy due to its miniscule size. Unless under the microscope, we can’t see them. Although they are ‘invisible’, some preventative measures can be taken to minimize the risks of contracting the germs.

Wash your hands with water and soap for at least 20 seconds, making sure to cover all areas with soap and rubbing them. Always wash your hands before and after eating, after going to the toilet and after changing diapers (or any conditions that have you in close contact with other people’s feces)

Only consume food and water from reliable sources

Always wash fruit and vegetables (if possible with warm water) before cooking and consuming them. Avoid drinking from untreated water sources such as rivers, streams or lakes. When swimming, try your best to not swallow the water.

Not only can practicing safer sex prevent Giardiasis, it can also avoid you from contracting other common STDs. During oral-anal sex, use protection. After everything is finished, do not forget to wash your hands. If you or your partner is currently or has recently been sick with Giardiasis, it is best to stop having sex for a few weeks. The key is to not make contact with contaminated feces.

Shim Clinic is a sexual health clinic based in Singapore. We specialize in STD testing, STD treatment, as well as prevention methods such as HIV PrEP, HIV PEP and HPV vaccination (Gardasil-9). Making sure that your sexual health is in tip top condition is always a wise thing to do. Get screened now.