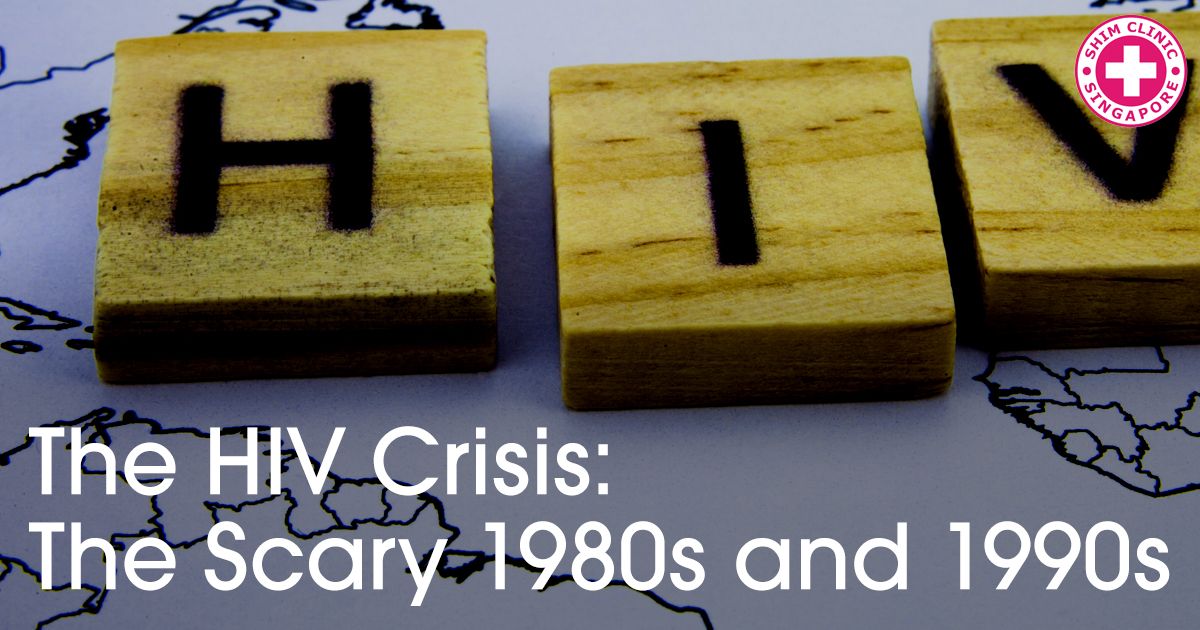 An HIV infection today is no longer a death sentence. Major developments like HIV PrEP and HIV PEP have made it possible for at-risk individuals to significantly decrease the chance of becoming HIV-positive. Even if they do, the chances of developing full-blown AIDS are minimal with access to the right kinds of medication.

Some have gone as far as to label the HIV infection a chronic type of flu but things haven’t always been this easy to resolve.

The peak of the HIV epidemic came in the 1990s and early 2000s. At the time, HIV was considered a scourge that ended many lives prematurely and destroyed numerous others.

A Health Crisis in the Making

Research and evidence suggest that the human immunodeficiency virus originated in the Democratic Republic of Congo in the 1920s. At the time, the virus crossed from a chimpanzee to a human but the rate of transmission remained relatively limited.

There are no records suggesting just how many people became infected with HIV or developed AIDS in the period between the 1920s and the 1980s. The virus was still very unknown. In addition, an infection did not cause immediate symptoms or health changes.

It was in the 1980s that HIV spread to five continents – North and South America, Europe, Africa and Australia.

Once the HIV crisis started, it was estimated that anywhere between 100,000 and 300,000 people became infected worldwide.

The Height of the HIV/AIDS Epidemic

The first cases of AIDS were registered in the US in 1981.

It all started with several instances of a rare lung infection called Pneumocystis carinii pneumonia. Five previously perfectly healthy gay men in Los Angeles came down with this type of pneumonia at the same time.

Medics in other parts of the US registered cases of rare cancers among gay men.

All of these occurrences were out of the ordinary. Relatively young and healthy men were coming down with conditions seen as both rare and atypical for the particular demographic.

In the end of the year, the specific pneumonia infection was also recorded among intravenous drug users.

At the end of 1981, there were 270 reported cases of HIV infections. Of the people who became infected, 121 died from the complications.

In June 1982, medics concluded that the cause of the immune deficiency contributing to deadly complications was sexually transmitted. Originally, this cause was called gay-related immune deficiency (GRID) due to the fact that predominantly homosexual men appeared to be affected.

By September of the year, the term acquired immunodeficiency syndrome (AIDS) was coined.

A very interesting new development occurred in 1983. Women were diagnosed with HIV infections for the first time, suggesting that heterosexual contact could also contribute to the spread of the virus.

Things only went downhill from there. In 1986, 85 countries reported HIV and AIDS cases. The number of infections reached 38,401, most of them occurring in North and South America. By December of 1987, there were 71,751 cases of AIDS. According to the World Health Organization, anywhere between five and 10 million people across the globe were carriers of the virus.

By the end of 1990, there were 307,000 AIDS cases reported and documented officially. The actual number, however, was estimated to be closer to one million cases. The number of people across the world living with HIV reached 10 million people.

The Scientific Community Fights Back

With such a rapidly spreading, deadly virus, the scientific and medical communities had to act fast.

In March 1987, the Food and Drug Administration (FDA) in the US approved the first antiretroviral therapy. In April, FDA also approved one of the first highly effective HIV tests.

By 1989, medical authorities have also started doing wide-scope prevention campaigns. Efforts also started focusing on managing the complications and the opportunistic infections that ended the lives of so many people who developed AIDS.

Shedding light on the condition became easier when infected celebrities started talking openly and without shame or stigma about the condition.

On November 7, 1991, professional basketball player Magic Johnson announced he was HIV positive and he was retiring from his sports career to launch awareness campaigns about the virus. This announcement was very important because it put a dent in the homosexual stereotype related to HIV.

Originally, Johnson said he had no idea how he’d contracted the disease but later on he confessed it happened through lots of unprotected sex with multiple female partners. Luckily, his wife and his unborn child at the time were not infected with the virus.

By the end of 1993, estimates reached 2.5 million AIDS cases across the world. Luckily, things started turning around in 1995 when the FDA approved a brand new type of antiretroviral therapy – protease inhibitors. Once protease inhibitors became a part of clinical practices, they contributed to an immediate decline in the number of AIDS-related deaths by almost 80 per cent.

In 1996, the first HIV home testing kit came into existence.

In 1997, Combivir was approved for mass use. The combination of two antiretroviral drugs made it easier for many HIV-positive patients to access and take their medications. At that time, WHO estimated that 30 million people had HIV worldwide.

In 1999, AIDS was announced to be the fourth biggest cause of death worldwide.

HIV pre-exposure prophylaxis (PrEP) came into existence in 2010. It demonstrated a 44 per cent reduction in the rate of HIV infection among men having sex with men. Later on the formula was perfected to bring down the risk to the significant 96 per cent.

All of these measures produced tangible results. In 2013, UNAIDS reported that AIDS-related deaths had gone down 30 per cent since the peak of the epidemic. By 2017, more than half of the world’s HIV-positive population started receiving effective antiretroviral medications.

As you can see, we’ve travelled a long way since the peak of the epidemic.

Today, effective testing, PrEP and PEP are readily available in many parts of the world, including Singapore. Awareness is also high and while there’s still some stigma surrounding AIDS, society has become more widely accepting and knowledgeable.

Getting tested for HIV and engaging in responsible sexual behaviours still rank as the two most important preventative measures. Entities like Shim Clinic make tests readily available and they also ensure effortless access to opportunities like PrEP and PEP for high risk individuals.